Unfortunately, FIRST decided to cancel the rest of the Skystone season due to the coronavirus. :( Our season, as well as everyone else's is finished. 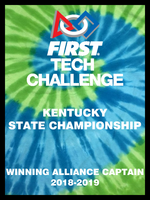 We performed quite well at the Kentucky State Championship: we seeded first, had some very close, intense matches in semi-finals and finals, and eventually won the day as Winning Alliance Captain! We had a lot of fun (stressful fun) and were very happy to end on a positive note. (since the season was cancelled do to COVID-19, see above)

During the league of Extraordinary robots we placed second in the qualifying matches, right behind Jug Rox Robotics. We're moving on to the Indiana Southern League Championship now and our junior varsity team Green Eggs and Ram! Our robot has advanced a long way from our first Jank Tank we used in the first two league meets, to our new robot design! We are hopeful to achieve large stacks in the near future. 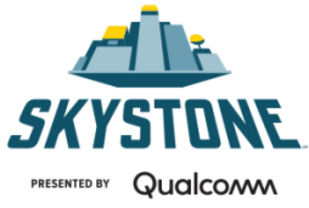 We nearly got them! In the end we won 4 of our 5 qualification matches that we played. We went into alliance selection seeded 2nd and only got to pick one team because one of the teams didn't show and we had 20 teams instead of the 22 we needed. We made it the semi finals with team 5484, the EnderBots! We played together and had an absolute blast working with them! We won against the third seed, but then lost against the fourth seed.