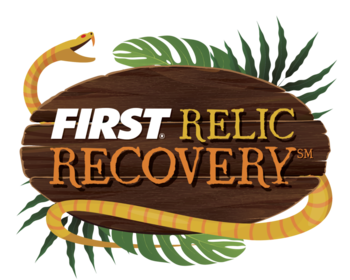 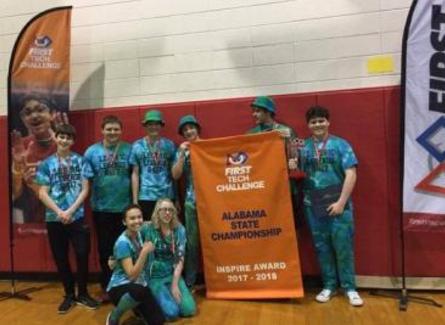 We got 1st place Think Award at the Indiana state competition. We also had a great time leading a semi-finals alliance with teams 9790 Vier Left and 11985 Miss Calculation; scoring the Indiana state record with Vier Left, a score of 578 points. 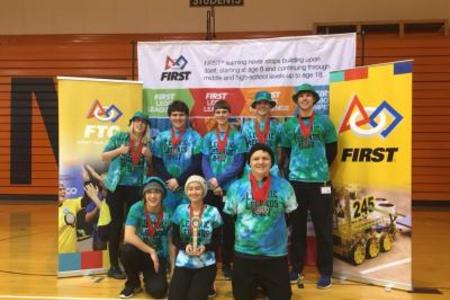 We have advanced from SSR (South Super Regionals) as the 3rd Seed Alliance Captain for the Kilrain Division. Here are some photos from our wonderful journey to Athens, Georgia.

We won 1st place Inspire at the Alabama state championship competition. In addition to Inspire, we scored the highest average score in the robot game and we ended the competition with an overall OPR of 238.4.

We did it! We made it to the World Tournament in Houston! We had the opportunity to make tons of new friends and compete along with teams from across the West and South regions in the U.S., as well as teams from Australia, China, Canada, Mexico, Israel, Lebanon, New Zealand, South Africa, and Egypt. We ended up in 34th place for the Franklin Division, with our highest score being 608. We also came home with a nomination for the Promote Award. Thanks to everyone who made this amazing season possible! 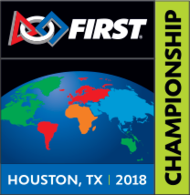 We won 1st place Inspire at the Crawfordsville, Indiana qualifier, which advances us to compete in the Indiana State Championship on February 24th. 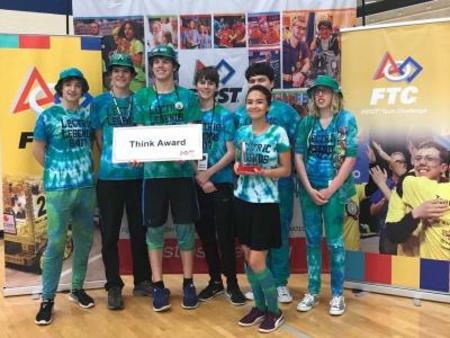 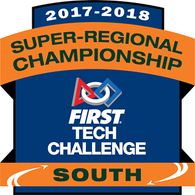