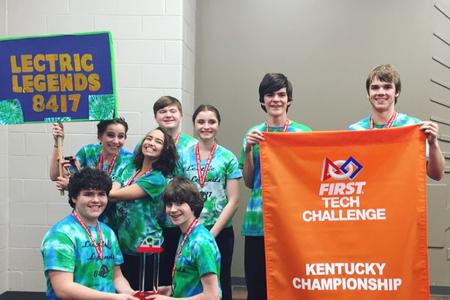 This 2016-2017 season, we did exceptionally well. Here are our main accomplishments:

Here are some of our other accomplishments:

- One of sixteen teams Approached by the Control Award

judges at St. Louis.
- 141st in the Robot Competition according to FTCStats.org
- 38th Highest non-penalty score in the world, 255 points        scored with AutoVortex from Romania
- Average match score of 160 Points at Worlds. 25 Particles made in one match.  One of the highest numbers this season.

​Our team at the Kentucky State Championship just after winning the Inspire Award. 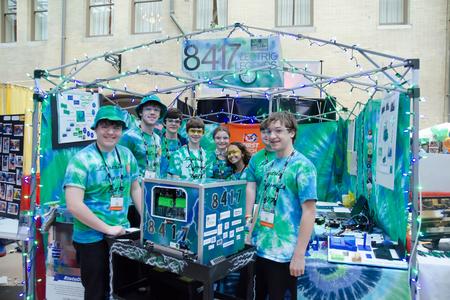 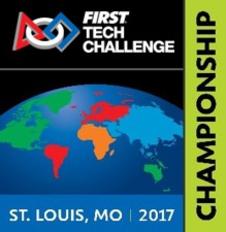 Our team in front of our pit at Union Station in St. Louis for the World Championship. 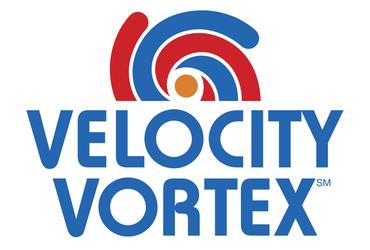 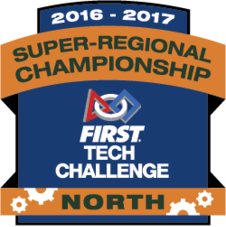 At the St. Louis World Competition, there were 128 teams competing from 31 different countries.  There were teams from Russia, Italy, the Netherlands, Taiwan, Germany, and many, many others.

At Worlds there were only two teams from Kentucky.  We were one of them, alongside The RoboCats, Team #4444 from Louisville, KY.